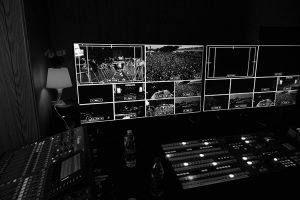 The clicking sounds are the result of several well lit buttons being pushed as Mark Ritchie, Governor Ball director, talks to his camera crew as Lord Huron performs a 60 minute set on Saturday. Lord Huron took the main stage at 4:45, and for the next hour, Mark is the conductor of the most intrinsic visual orchestra in New York. Today, Mark Ritchie and his team are directing, packaging, and editing the first ever 4K live stream from Governors Ball. Talk about pressure.

In its six year history, Gov Ball has managed to achieve another first, live streaming. Partnering with Vice, Corrino Films, Live Nation, and Samsung, the event is streamed to fit across multiple channels and platforms, including Vice’s new television Network, Viceland, the marquee outside of Samsung’s flagship store in Manhattan, and Video On Demand for those who want to see the festival for the first time, or those who want to relive their favorite moments again. To the non-techie, this sounds cool enough, but those who saw the miles of cables and fires running throughout the festival and became excited know that this is a true feat.

Directing is a daunting task in itself, but on the fly editing of a live festival and streaming a huge amount of data to a store across town could be a fast paced nightmare. Luckily, with Ritchie, at the helm, he and the Corrino Films team treat this like a dream, “Dont tell my boss, but they probably wouldn’t have to pay me”. He laughs at the end, but the look in his eyes and the excitement in his voice is indicative of a person who not only enjoys his job, but enjoys perfecting every nuance of his craft. If bills were not a thing, or America was still on the barter system, there is no doubt that Mark would happily take his payment in good shoes, coffee, or nights on the town.

First, SUPER BOWL’S GREATEST COMMERCIALS 2016 will celebrate 50 years of great Super Bowl commercials with a top 50 countdown culminating in a live announcement of the greatest Super Bowl commercial of all time from Levi’s Stadium in Santa Clara, Calif. home of SUPER BOWL 50. It is hosted by Boomer Esiason, Analyst for CBS Sports’ NFL pre-game show THE NFL TODAY, and Katharine McPhee, star of the CBS drama SCORPION. 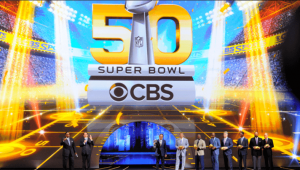 The special will be a Super Bowl Commercial celebration where Frazier will take viewers through the top 10 spots revealed in the SUPER BOWL’S GREATEST COMMERCIALS 2016 special and offer sneak peeks of the highly anticipated commercials to air during CBS’s SUPER BOWL 50.

This year, SUPER BOWL’S GREATEST COMMERCIAL 2016 has the top editors and writers of Time, Inc. publications, including Jess Cagle, editorial director at People, Dalton Ross, executive editor-at-large at Entertainment Weekly, Daniel Roberts, writer at Fortune, Susie Poppick, associate editor at Money, Sean Gregory, senior writer at Time, and Richard Deitsch, senior editor at Sports Illustrated, as the Time Inc. Editorial Blue-Ribbon Panel in charge of ranking the 50 Super Bowl Commercials from spots 50 – 3. The top two commercials will be posted on CBS.com at 8:00 PM, ET/5:00 PM, PT, at which time viewers can vote for the greatest commercial of all time. The winner will be revealed live during the East Coast broadcast at 10:00 PM, ET. 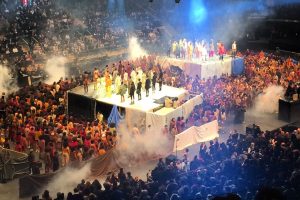 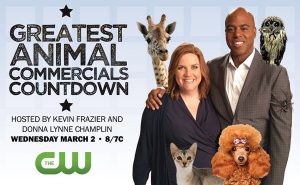